For over 38 years, Centron has been a renowned builder and developer of prime real estate properties across Western Canada. Built on a foundation of trust and integrity, our core values are at the heart of everything we do.

Entrepreneurs at heart and experts at our craft, we strive to build strong relationships with our clients through transparent and reliable processes.

At our core, we still remain a family business who care about our community and value our friends & colleagues. We are locally owned and operated and have built our business on drive and integrity. We aim to provide exceptional quality and value on all projects in a timely manner and have fun while doing it.

Our reputation is built on a foundation of principle values:

We know that each and every member is essential to our organization and that we are part of a family that achieves together. We treat our team members fair and in return they reward us with their loyalty and hard work. Centron’s management team offers decades of experience in all aspects of real estate, investment, development, management and finance. Specifically, the team has specialized knowledge of the Western Canadian market and understand first-hand the particular challenges and unique opportunities that work in a resource based market create. 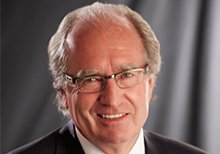 Bob founded Centron in 1984 after serving for 13 years as Vice President and General Manager with Charter Construction Limited. Through diversified experience and vision Bob has built Centron into a leading Western Canadian Developer and Builder of fine Commercial and Residential projects 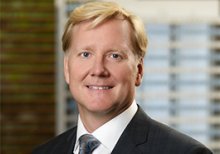 As a leader in the company, Cole’s focus is on implementing strategy and direction for Centron, from day to day operations to its long-term future vision. Cole has been a part of the company since its beginning, working his way up from laborer and carpenter helper, to estimator and project manager, up to vice president and now president and COO.  Cole graduated from University of Lethbridge transferring from Mount Royal University. Cole contributes a strong business background plus a comprehensive knowledge of the building and development industry. An ambitious, colorful and creative business leader, Cole also enjoys using his talents to give back to the community, providing both time and support to a variety of local charities. He is a post member of the Board of Directors for Mount Royal University from 2009-2015, has sat on the board for DDRC and the Safe Haven Foundation. He is a member of the Young Presidents Organization (YPO) Alberta Chapter and was on the Board of Directors (2010-2015). Cole has been with Centron since 1984 working through school until starting full time in Jan 1993. Wayne has worked at Centron since 1987. With more than four decades of experience in the Calgary construction industry holding positions ranging from carpenter to project manager to president, Wayne is a steady and conscientious professional who leads by example – providing experience and insight into all aspects of construction projects and operations. 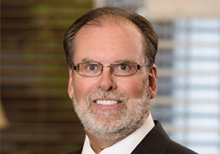 A dedicated and hardworking member of Centron since 1994, Richard has more than 35 years of construction experience working as an engineer, site coordinator and project manager for Centron as well as one of the largest construction companies in Canada. 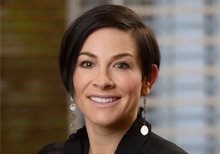 With well over 20 years’ experience in residential and commercial real estate, Allison has had the opportunity to be involved in a full spectrum of developments from acquisitions through to disposition and beyond. With her education in Marketing Management through the University of Calgary, Allison’s foundation in real estate was built with one of the largest Alberta Homebuilders for over eight years, before moving into multifamily developments with Centron Group of Companies. Since 2005, Allison has engaged in all aspects of Centron’s development management, sales and leasing. 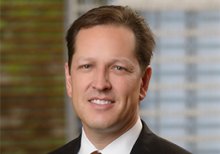 With over three decades worth of commercial real estate experience, including 12 years of commercial brokerage, large institutional and regional landlord positions, Michael brings a broad depth of experience to the company. 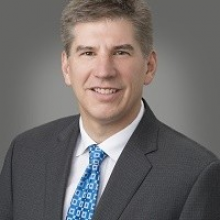 Chris joined the Centron Group of Companies in May 2022, bringing over 30 years of financial and leadership experience in both public and private organizations. Prior to joining Centron, Chris held senior positions with a number of global construction and engineering companies, including Bird Construction and WorleyParsons. Chris is a Chartered Professional Accountant and graduated with a Bachelor of Commerce from the University of Manitoba. He is also an active board member of the Calgary chapter of Financial Executives International. 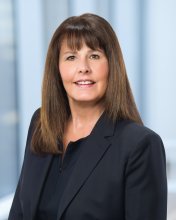 With over 35 years of office, retail, industrial and medical property management experience, Corinne brings a wealth of knowledge to Centron as she leads the commercial and residential property management division. Taking charge on Oliver East and West, which includes over 870 residential units, she's excited to work with a solid team of youthful energy that is passionate about customer experience and eager to connect with the community. 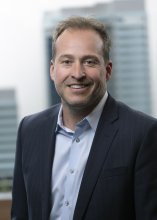 With over 25 years of experience in residential land development Jason has been involved with the development of numerous master planned communities in the Calgary Region.  Jason believes in strong partnerships with clear alignment and a focus on customer experience to achieve best outcomes. 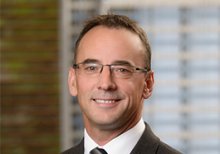 Kelly started at the grass roots level working his way through the carpentry apprenticeship program through SAIT and obtained his Red Seal Journeyman Certification with Centron.   He furthered his education through the University of Calgary Construction Management Program and is Level II Safety Codes Officer.   Kelly is a professional gold seal project manager though CCA and also has a project management professional designation through PMI.

He initiated the lean principles on Centron projects reducing waste and increasing productivity and has recently obtained a Construction Management Lean designation through the American General Contractors Association.

Kelly has a proven track record with 35 years of industry experience and has managed a variety of highly successful multi-million dollar projects throughout Alberta. 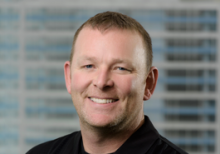 Tim immigrated to Canada in 2007 and quickly joined the Centron team at the Pen West Plaza towers bringing his construction knowledge from the UK. After completing many successful projects, Centron provided the opportunity to move into the role of a Site Safety Coordinator. Tim completed his National Construction Safety Officer certification in 2013 then moving onto Corporate Safety Manager in 2016. Tim achieved his Gold Seal Certification as a Safety professional in 2019 and continues provide essential health & safety education and training resources to the Centron team. 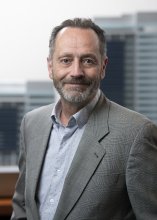 Project Manager
Brian has over 30 years of experience in the residential and commercial construction industry working in Western Canada. Brian’s career started as a carpenter working on single and multi-family residential projects, has a Journeyman Trade Qualification in Carpentry.
After attending Fraser Valley College for a few years taking Business and Administration, Brian returned to the construction industry to become a Project Manager. Brian has achieved a professional Gold Seal accreditation in Project Management through the CCA. With a solid background in construction, Brian’s experience doing preconstruction, value engineering and his management style helps to bring projects to a successful completion, on time and on budget.
Brian started his career with the Centron Construction Group in 2019. His approach to client and trade relationships ensures a strong team with collaboration that can deliver projects in the most effective way.
Karol Pietrzykowski, Project Manager (2022) 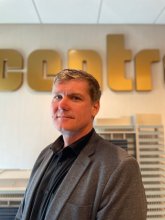 Karol joined Centron in 2022 as the Project Manager for the Oliver West Tower, a 452-unit mixed use project in the core of Calgary’s Beltline area. Karol brings a wealth of knowledge after over 25 years of construction experience in various types of projects including mixed-use developments, hospital expansions, as well as overseeing internal companies while working in Winnipeg, Manitoba. Karol is a hands-on natural leader whose strong work ethic encourages those around him to continuously strive for excellence and exceed expectations.

2015
Awards of Excellence in Concrete
Awarded to Centron for Centre 10 in Calgary, Alberta
Award Category: For using cast in place concrete for the major building structure

1990
Centron completes the construction of Foothills Academy School in Calgary, AB. The school wins an award for best in class and Centron establishes long-standing relationship with Foothills Academy.

2015
Centron acquires Crane site on 58th Ave SE in Calgary, AB for future development of Chinook 58, a showroom and strip retail space. Chinook 58 is expected to deliver over 55,000 SqFt of retail opportunity.

2016
Centron acquires site on 14th Street NW for future mixed use residential apartments and retail development. Catalyst at Capitol Hill is set to be completed Spring 2022

2020
Construction on The Oliver a downtown mixed-use development with 864 residential units and 25,000 sq ft of retail is underway! 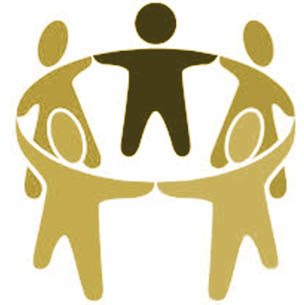 We believe in giving back, that it is an honour to help those in need. This is not something we do – it’s who we are. This commitment to the community is about more than giving money. It's about leadership.

Many Centron team members dedicate hours of their time to support worthy causes such as Right to Play, 100 Women Who Care, Meals on Wheels, Canadian Cancer Society & The Canadian Diabetes Association.

In 2001, Centron was the winner of Volunteer Calgary/Chevron Leaders in Business Gold Award.

In addition to our Centron Cares program, just a few of the key organizations Centron supports are:

Plus many more organizations 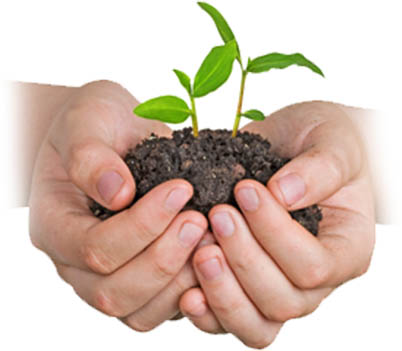 As a leading development and construction company in Western Canada, we know how important using the newest and most innovative products is for our clients. We also know just how important our environment is in combination with being efficient in keeping costs down for business and individuals. Wherever possible, we encourage smart building practices throughout our organization and promote the use of sustainable building materials. We continue to improve our construction processes, such as recycling materials on our job sites and aim to design product in consideration of reducing any negative impacts on our environment. At Centron we always consider smart decisions that make a meaningful difference for everyone involved.

Centron has completed LEED TI projects and have designed several LEED CORE/SHELL compliant buildings that are designed to comply with LEED Certification, including the latest Energy Modeling requirements. Centron is actively developing Place 10 as a "LEED Canada Candidate Project." Recently the implementation of LEAN construction practices has helped to reduce waste on job sites significantly.

Centron is also in compliance with the latest American Society of Heating, Refrigerating and Air-Condition Engineers Codes to ensure energy efficiency in design of mechanical and electrical systems. 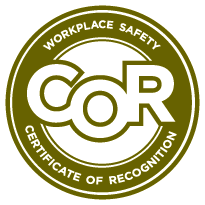 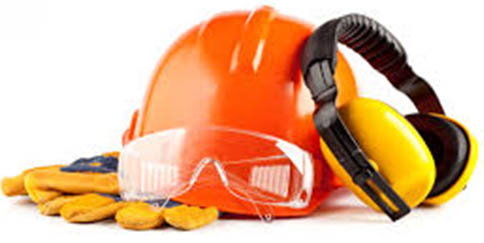 The Centron Group of Companies is committed to a strong safety program that protects its staff, property and the public from accidents.

An injury and accident free workplace is our goal. Through continuous safety and loss control effort, this can be accomplished.

The Best Practices Guide was developed to raise awareness of the hazards and conditions at and adjacent to construction sites.

The Committee continues to review and recommend Safe Work Practices, and several of these initiatives have resulted in Directives being issued by the City such as establishment of the Site Safety Plan.

This Committee also initiated the Advanced Wind Forecasting System, whereby the sites are notified of expected high wind gusts. This has become a requirement of the Building Permit process.

Centron maintains Certificate of Recognition for Safety as issued by the Alberta Government. 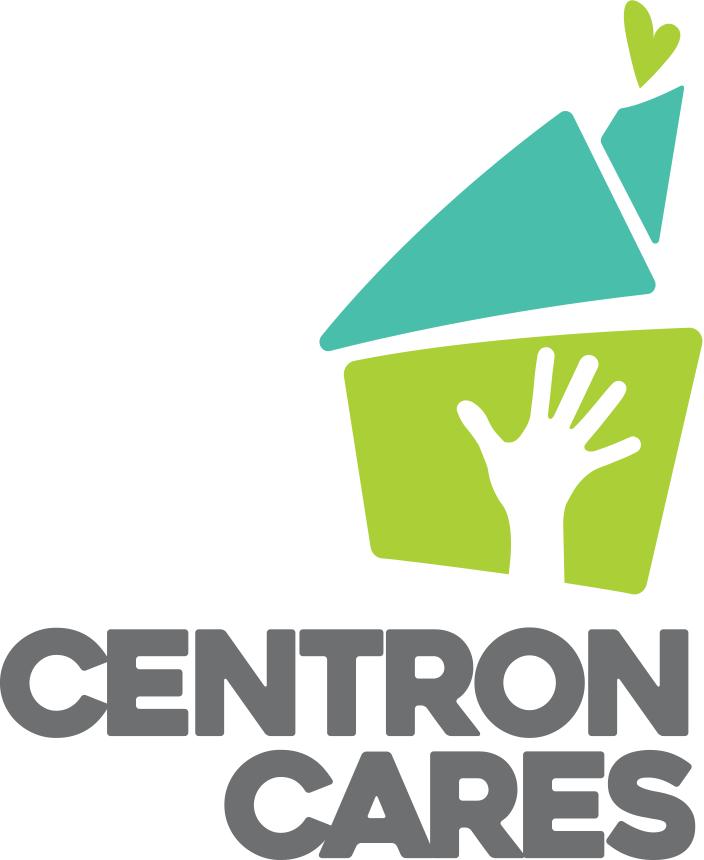